Be a troll witch! Live in a swamp! Solve problems! Brew potions! Relax with a hot bath! Live your best troll witch life!

Swamp Troll Witch(es) is a gamemaster-less tabletop roleplaying game for solo journaling, epistolary play, or small group play based on the Motif framework.

The game focuses on the daily lives of the troll witches, searching the swamp for potion ingredients, solving problems to collect those ingredients, brewing potions, and relaxing at the end of the day to recover from the work. At the end of the week, visit the strange night market to sell all of the potions from the week.

Publishing as Cats Have No Lord

Editing by Kenna May (@pagesofkenna)

This work is licensed under a Creative Commons Attribution-ShareAlike 4.0 International License

In order to download this game you must purchase it at or above the minimum price of $5 USD. You will get access to the following files:

Support this game at or above a special price point to receive something exclusive.

If you can’t afford a copy and just want to check out the game, go ahead and grab one here.

A lovely game that is very thematic and gives a lot of freedom if you want to take it. The cover looks fantastic and the interior art adds to that experience.

I think this game is totally suitable for solo of group play. The rules are quite clear and the tables gives you a lot of options before your own creativity sets in.

Only thing I would loved to have seen is a more extensive gameplay example to get an extra layer of understanding of how a day of the game would work.

Reply
Blackdragondungeoncompany54 days ago
A fun, easy game where you get to try and brew potions and live your best witch-y life.
Reply
kumada166 days ago

Swamp Troll Witches is a solo or small group TTRPG about potion making on the border of a weird, ever-changing marsh.

The PDF is 29 pages with a jaw-dropping cover and a few great interior illustrations. Most of the book is text, but the text is cleanly formatted and well arranged and everything feels very easy to read.

Mechanically, Swamp Troll Witches is a 3d6 system, but it uses those d6s in a way that's perfect for solo play and also gives you a lot of information from every roll. You ask a yes/no question, roll the dice, and each individual die answers a part of that question. The first die is yes/no, the second is whether there's a complication, and the third is how strong the complication is.

As an oracle system, this is quicker and needs less interpretation than tarot cards. It's also strictly keyed to the question you're asking, and won't randomly pull in other themes or ideas (such as drawing the Death card in a tarot system.)

Some degree of GMing *is* required from the player, as you do need to decide on your own complications, and you're also responsible for the heavy lifting in building the game world. Before play, you write a quick description of the swamp, your hut, the market where you sell your potions, etc. None of this is onerous or out of scale with the scope of the game, but it does have to be something you want to do in order to get started.

Gameplay in Swamp Troll Witches isn't only driven by its oracle system, and you do have stats that can affect your rolls. However, these stats aren't numeric. You don't have Relaxation 4, for example. But you might have Relaxation: High Control, which lets you swap around the dice after you make a Relaxation roll.

Gameplay is also tightly organized into phases. You explore, gather ingredients, go home, and then relax or brew potions. Each phase has sub-phases, so you might visit several places, get into combat with a weasel, and find enough ingredients for two potions while exploring. And elements from one phase carry over into the next one. Damage, called botherances, can carry over from exploring and force you to prioritize between potion brewing and taking time to recover.

Potions are eventually sold for a reward, but the exact nature of the reward isn't mechanically important. You're not trying to hit a specific number of gold pieces to stop Tom Nook from repossessing your home or the like. Thus, your exact payment is purely a narrative thing.

If you get stuck on a story beat, prompt tables are provided, and the game gives advice throughout on how to GM your story. However, if you've never played a TTRPG before, it may take a moment or two to adjust to the flow of the game.

Overall, Swamp Troll Witches is innovative, cozy, warm-hearted, and weird. Its mechanics are tight, but the final product that they output isn't mechanical. If you like solo games, story games, or just good TTRPG design, I absolutely recommend picking it up.

Thank you so much for the kind words. I've gotta give a shoutout to the Motif SRD as the solid framework the specific mechanics of this game are built on. 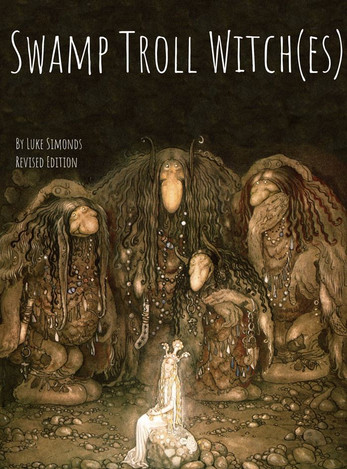 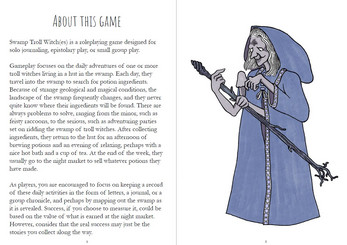 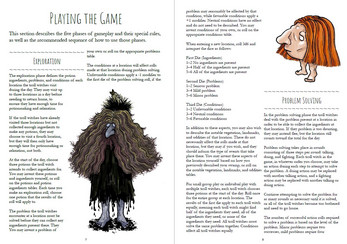